Skip to Content Skip to Main Navigation Skip to Search

Courses of Studies - An Overview

The Section as a Partner 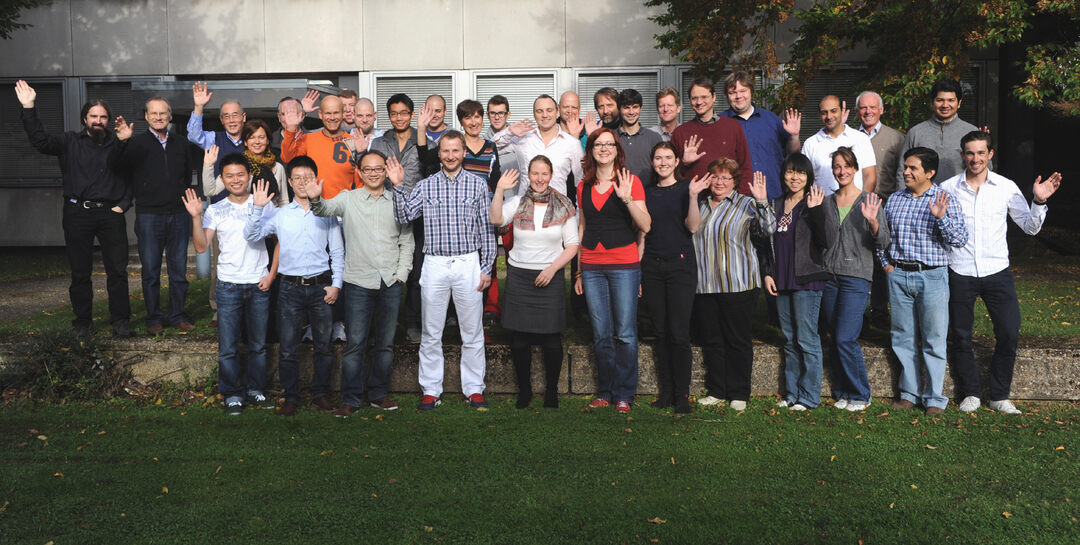 The Department and Chair of Physical Metallurgy and Material Physics devotes itself to the investigation of metallic materials properties and their physical explanations. In modern materials, many relevant characteristics are not defined solely by the chemistry, but more and more by the processing, which determines the crystallographic texture and microstructure. Therefore, understanding, modeling and controlling the microstructure is the main focus of the IMM. Close relationships to the industry enable the connection between fundamental research and the fast and optimized application.

The term crystallographic texture or short "texture" is defined as the orientation distribution of individual crystallites within a material.

It has a significant influence on the macroscopic properties of materials and thus, it is of importance for many applications. While a random texture is desirable for automotive applications in sheet materials, a sharp texture is essential in steel sheet for transformer cores, in Ni-substrates for high temperature superconductors or in Al-sheet for electrical capacitors.

For experimental investigations of texture, a modern texture goniometer is available at the IMM which was recently updated to also allow in-situ experiments for investigations of phase transformations or recrystallization during a heat treatment. The combination of experiments with computer modeling provides a deeper understanding of the underlying physical mechanisms of texture formation. Therefore, the tools for texture simulations are constantly improved. Further, they are linked with other models to enable the simulation of texture development along the entire process chain of a material.

The interface between differently oriented crystallites (grains) of the same phase is called grain boundary. The movement of such grain boundaries plays an important role for various properties of a polycrystalline metallic material. At the IMM the Interface Dynamics group is concerned with the mainly experimental investigation of grain boundary migration in different metals. One section of the current projects investigates the movement of single grain boundaries under an accurately defined driving force to obtain information on the underlying mechanisms. Further, the obtained data forms the basis for an understanding of the movement of grain boundaries during the microstructure development in the course of recrystallization and grain growth and hence for an explanation of important properties of metallic materials.

Beside the examination of single grain boundaries also the properties of grain boundary triple junctions and triple lines, the area in which three boundaries of the crystal get in contact, have been investigated since a few years.

Because of the demand of special bi- and tricrystals for the investigations at the institute an inventory of different methods and instruments for crystal growth with exactly defined orientation has been acquired over the years. This led to a number of cooperation projects with international research groups, who use crystals grown at the IMM for their investigations. For experimental analysis of grain boundary migration there are numerous in-house developed measuring facilities beside the common machines, as for example a device for the automatic determination of the velocity of a moving grain boundary.

In the Simulation research group, experimentally investigated phenomena of microstructure development and resulting material properties are accompanied by computer simulations. Thus, various physical processes during plastic deformation, recovery, recrystallization, grain growth and precipitation are studied on very different length and time scales. New models and simulation tools are developed, mostly based on our own codes. Often we rely on well-known methods such as molecular dynamics, Monte-Carlo, dislocation dynamics, vertex models or cellular automata. But in some cases our methods are unique worldwide, as for example the deformation texture model "GIA", which was lately extended to hexagonal crystals and twin formation. Another original simulation model of the IMM is the statistic precipitation model "ClaNG", which predicts the formation, growth and dissolution of second phase particles in aluminium alloys.  Other current research topics are the determination of grain boundary mobilities via molecular dynamics and the effects of nucleation on the recrystallization texture and kinetics in aluminium alloys using the cellular automata "CORe".

Another emphasis of the group lies on through-process simulations of the production of aluminium sheet. One difficulty is that recovery, recrystallization and particle growth occur simultaneously and influence each other during annealing and also during hot deformation. In addition, an industrial process like multistep hot rolling can't be interrupted in order to determine the relevant processes by characterizing the microstructure. Here it's necessary to have simulations that consider all potential processes and their interconnection accurately.

The Crystal Plasticity group is concerned with the plastic deformation of materials, its underlying mechanisms and its external control. Main characteristics are the strength and ductility of a material which are determined by the chemical composition and the microstructure, which means the spatial arrangement of chemical elements and crystal defects.

While the chemical composition is varied by the modification of the alloy, the microstructure can be influenced by plastic deformation and heat treatment. Especially recrystallization, by which a whole new microstructure is generated in the solid state, is subject of research at the IMM. For example, at present the research group "Crystal Plasticity" is engaged in studying the phenomenon of dynamic recrystallization, which occurs during deformation at high temperatures.

It serves to attain a certain microstructure and therefore specific desired properties already during deformation. However, until today the underlying mechanisms are not clarified yet and instead only represented empirically. The actual project tries to develop a physics based model of dynamic recrystallization.

To validate the physical assumptions, high temperature compression tests with different and changing strain paths are being conducted and analyzed with respect to its effect on flow behavior and microstructure.

The knowledge gained from this study is intended to be used for an improvement of current simulation approaches.

Materials with an average grain size of 100 nanometers to 1 micrometer are called ultra fine grained materials, whereas those with an average grain size of up to 100 nanometersm are referred to nanocrystalline materials. The particularity of these materials is their high strength and, at the same time, high ductility, which makes them very interesting for industrial applications where massive components of high strength and large ductility are needed.

At the IMM within the Nanostructures research group two directions are pursued. On the one hand nanocrystalline and ultra fine grained aluminum alloys, which are produced by severe plastic deformation (SPD), are studied. The investigations are focused on the influences of fine second phase particles and solute elements on microstructure evolution during SPD and on the mechanical properties, such as strain hardening, strain rate sensitivity and dynamic strain aging of the materials after SPD.

The aim of the investigations is to find ways to improve the ductility of ultra fine grained materials subjected to SPD but at the same time maintain the high material strength gained by SPD.

The other focus of research is on NiAl composites reinforced by refractory metal (Mo, Cr) fibers or lamellae and are produced in-situ by high-precision controlled directional solidification. It is intended to use the developed materials for introducing a new generation gas turbine blades which can be utilized at temperatures above 1000 °C. The emphasis of the investigations is on the relation between production process parameters, microstructures and thermal/mechanical properties of the investigated materials. In the course of the investigations a technical databank will be built up for potential future industrial production of gas turbine blades with the investigated materials.

To conduct the respective research, electron microscopy and various mechanical testing machines are employed, severe plastic deformation is carried out and special treatment equipment is used, to obtain the desired microstructures and respective properties.

The computer simulation of material properties and production processes has experienced a considerable boost in recent years, for the reason that it is expected to get on the one hand a deeper understanding of scientific-technological phenomena and on the other hand significant potential for faster and more cost-effective material development.

Established simulation methods are ideal for conventional computer architectures, which are usually tailored to a central processor.

Nevertheless the future of digital computation orientates itself in the direction of the new parallel computer architecture. The aim of the new research group Parallel Material Models is the development of material models, that make use of the massive parallel computer architecture. At the same time these models are supposed to be able to approach more realistic time and length scales in computer simulation. At present the main focus is on the development of models for the simulation of deformation texture under consideration of the grain-grain-interaction, of the microstructure evolution during recrystallization and of the work hardening of metallic materials.

In the last two decades magnesium alloys increasingly attracted interest due to their low density and the increasing importance of light weight constructions. For the use of magnesium components in safety relevant applications currently wrought alloys are developed, which are characterized by a high strength and ductility because of their fine-grained microstructure.